Saving Lives in the Bronx by Kara Chin 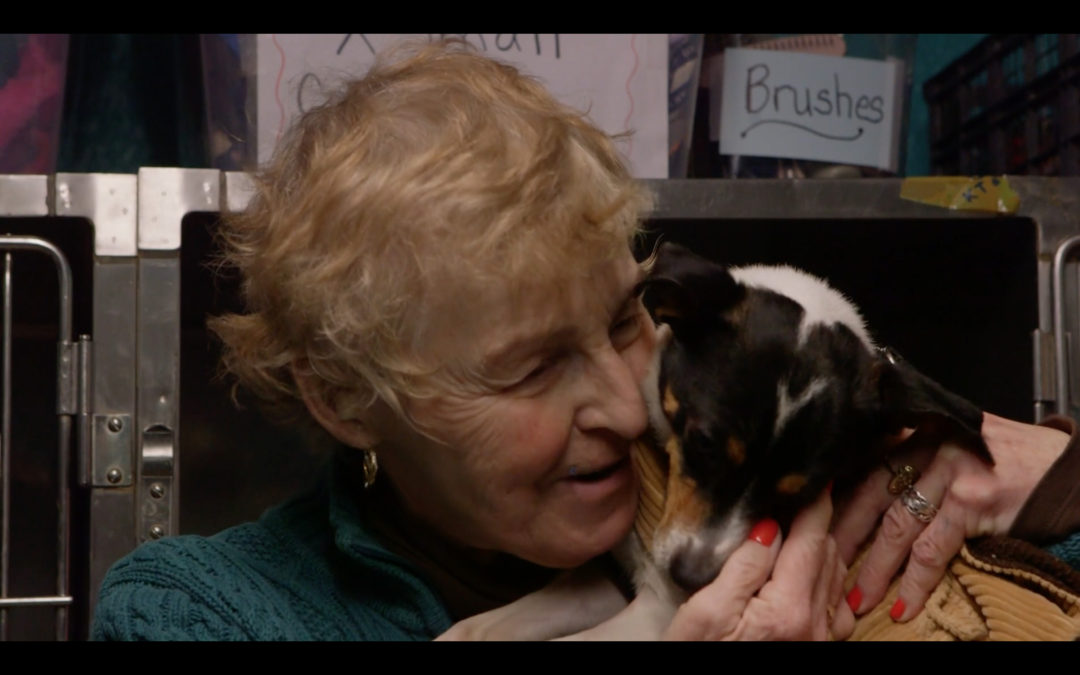 Karen Sweeney, 71, is a volunteer at New Beginning Animal Shelter. She helps care for the 16 small dogs at the only no-kill shelter in the Bronx that is in danger of closing in two months.

Saving Lives in the Bronx

New Beginning Animal Rescue, the only no-kill shelter in the Bronx, is in danger of closing. They only have enough funds for two more months of rent and their rent will increase soon.

Dogs and cats at the shelter are all cared for by two full-time workers and a team of volunteers. Karen Sweeney, 71, one of the volunteers, recently adopted Mace. The 4-year-old terrier mix now lives with her and her other adopted dog Pepper.

Owner Pedro Rosario estimates that they’ve placed around 300 dogs since they opened in 2011. Neither the Bronx nor Queens have full-service animal shelters with city funding, so keeping this shelter running is important to serve pet owners and abandoned animals in the area.

I think even the birds know my car.
I have to wear earplugs.
I’ve always wanted to be with the dogs, even more than people, because people fail you. The dogs don’t.
What did you do to that bed, Rudy?
When he first came in, he couldn’t trust nobody. You couldn’t even walk him. Now he trusts us and he’s good.
They give unconditional love. They don’t ask for anything. People hit them; they still love them. I’ve had experiences with guys that, they always wanted something. And I had a friend tell me, They don’t talk back to you, Karen. They love you unconditional and that’s why you prefer them.
I get up every day now to go to that shelter. That’s what I get up for.
We never know what’s going to happen. People bring in a dog or tie one up outside. We have run out of this, we have run out of that. We need more volunteers. It’s a lot of work.
You need a bath, Bubbles.
Gilbert was there four years and he was adopted finally. Four years. From the day they opened, Gilbert was there. The dog that was crippled, couldn’t walk, a lady took him. There’s a dog for everybody.
I knew all the other dogs would get adopted, but he had something wrong with his eye. I thought he might have a hard time getting adopted. I just thought he was sad and sweet. He loved me.
I can’t believe I have two dogs.
That’s Meimei. I told you that before he came.
He’s going to get a St. Francis Protect My Pet on him too.
Hello? And what is his background. Did he come in as a surrender or a stray?
(Yeah, he came in as a surrender. The man said he had no time for him.)
They didn’t have time for him? Aw.
I’m retired. I have time. I have time. Yay.
He likes, his favorite dog? Tootsie. He likes, Tootsie. Tootsie don’t even like you.
You’ll get to know the other dogs around here, Mei.