No Sex in the City by Samantha Lee 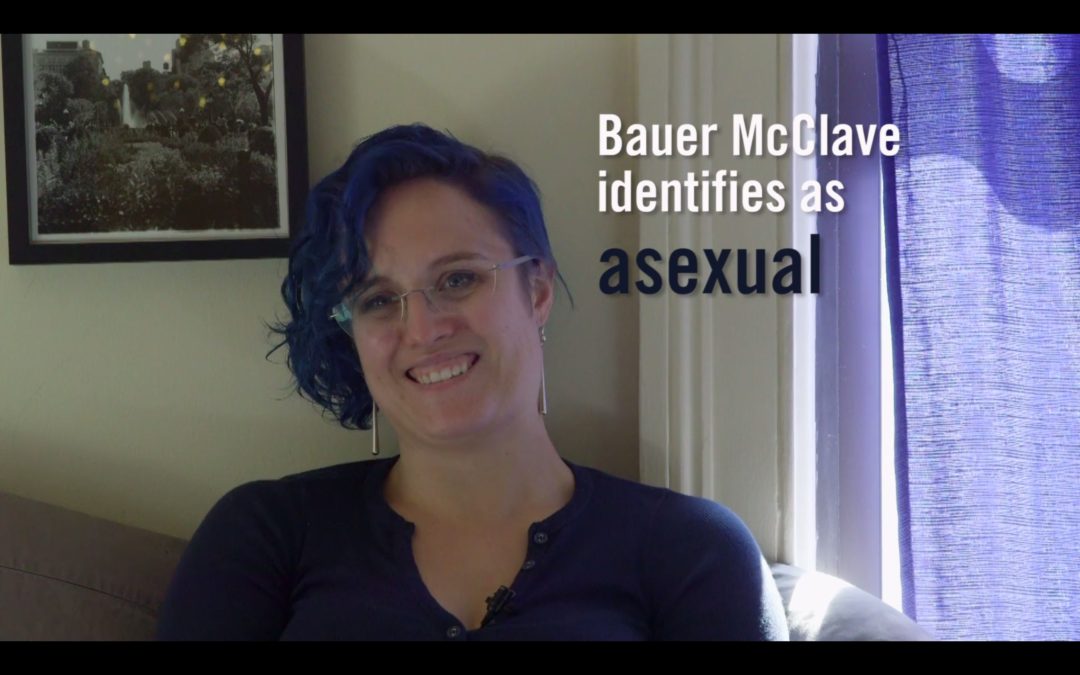 Amidst New York City’s hypersexualized culture and frenetic nightlife, a small community of asexuals – people who do not experience sexual attraction – is growing. Aces NYC, a social meet-up group, brings them together.

NO SEX IN THE CITY: New York City’s growing community of asexuals reaches out

Bauer McClave, 27, would like people to know that asexuals, unlike potatoes, do not bud.

“That’s one of the most absurd things someone’s said to me,” she says, sitting closely next to her partner, Levi Back, 20.

McClave and Back identify as asexual, which means they do not experience sexual attraction. In 2012, McClave started Aces NYC, a meet-up group for asexuals, in a bid to create a community in one of the world’s most hypersexual cities. As many as 1 percent of the world could be asexual, according to research by Anthony Bogaert, a psychology professor from Canada’s Brock University who focuses on the issue.

The group meets at least once monthly to socialize while talking about ace-related issues. Now, their meet-up page lists more than 650 members, and is constantly growing, according to McClave.

“We get new people all the time,” she said. “And when you’re sitting in a group of people, you know you’re not alone; that there are other people you can relate to.”

McClave said she was upset when she first realized she was asexual. In high school, a friend told her about the Asexual Visibility and Education Network. She read through its definition on the website.

“I got to the bottom and I was like, oh shit. I fit. I fit perfectly,” she says.

But since then, McClave has come to terms with her identity and stresses that asexuals are just as capable as the next person of having intimate, fulfilling relationships.

“Sex is only one way to be intimate with other people, but intimacy, to me, is emotional sharing or connection with someone else.”

She looks over at Back. “I like to cuddle. I’m a cuddle slut.”

TRANSCRIPT
People often will say, you’re asexual! Does that mean you asexually reproduce? Are you a plant? Do you bud?

Asexuality means I’m not sexually attracted to other people, and sex is not something that I need to create intimacy in my relationships.

We snuggle a whole bunch.

I don’t always know when I’m attracted to somebody. Sometimes it’s like, I can tell that I want to spend a lot more time with somebody, and that’s sort of obvious. But for example, with Levi… So we’re basically inseparable.

Levi: So like, before we started dating, we did everything super fast. We went from super deep emotional sharing in like, the first two weeks of friendship to dating in the third or fourth week of friendship.

Levi: I didn’t know you were cute until we started dating.

So I’ve had sex before, but it sort of seemed like there was a leading up to sex part, which was interesting and kept me engaged, and then there’s this switch, where it’s like, ok, now you’re having sex and now the goal is for each person to come, basically. And when that switch happened, I realized that the other person was in this other place. And I wasn’t there with them. And instead of making me feel more connected, it made me feel more distant from them.

And I wasn’t getting the emotional closeness that other people were, and the physiological part of it wasn’t doing it for me. So there was no real benefit to it.

I mean I know a lot of people who would be willing to sleep with ppl they aren’t in love with, and then are in love with people they either don’t get to sleep with. It’s a feeling, it’s like wanting to spend all your time, with this person, and wanting to know everything about them.

Particularly I feel that if I love somebody, then it’s like I want the world for them. No matter what.