Nobody Dies Here, Anyway: The Business of Preserving Memory by Alyssa Pagano 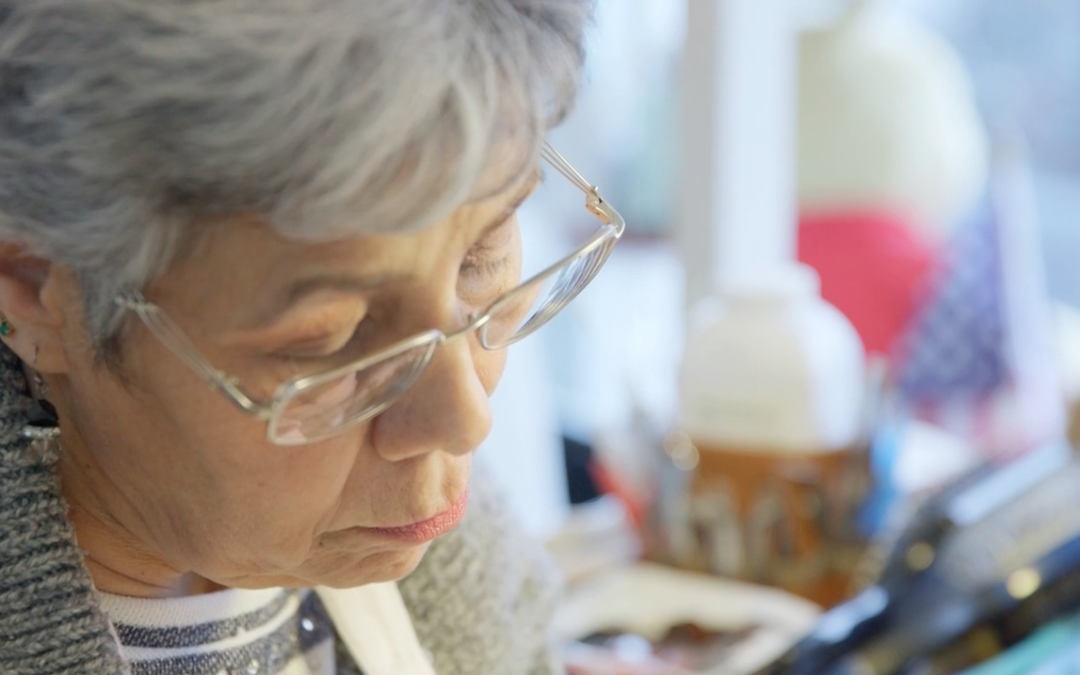 She works at preserving memory while her husband loses his.

Ana Casas repairs dolls and teddy bears worn by time and love. Her husband Luis lives nearby in a nursing home, where he suffers from Alzheimer’s.

Luis Casas came from a family of doll doctors. At first, he wanted to be a real doctor, but schooling was too expensive so he turned to the family business.

When Luis learned he was losing his memory, he told his wife Ana she had to keep the hospital open even if he couldn’t run it anymore. He now lives in a nursery home near the hospital and Ana visits him every day after work. She tells him about her day, and the customers that came in, even though she isn’t sure if he understands her.

Ana runs the teddy bear and doll hospital in Secaucus, New Jersey. She and Luis opened it together after The New York Doll Hospital closed in Manhattan. They moved to New York from Bogota, Colombia, where Luis’s family ran a doll hospital. When they arrived in New York, they quickly began working for Irving Chais, who ran the New York Doll Hospital. Luis always loved his work, and when Irving Chais died, he opened his own business in Secaucus.

When Luis was 55 he developed Alzheimer’s. He started to forget basic things, like how to put on his shoes. He said ‘yes’ to every customer at the doll hospital and took on too many projects. His symptoms worsened and eventually he became too sick to work, but Ana honors her promise. That promise motivates her to keep going.

A: They really come in a critical condition very very bad. But we take care of them. Nobody dies here, anyway.

A: Behind every teddy bear or every doll there is a story always. Some sad, some happy. And I love- I love the work here. Oh my god. I hope I can do it for many years more.

A: Dolls are important to people because um especially for children. They get
very attached to the teddy bears to the stuffed animals and dolls because eh I think
dolls and teddy bears give security.

A: Well my husband is ehh is the the pioneer in this business. He is the one that
this was a his dream. And he was a our teacher. He taught all of us how to work
with the teddy bears and the dolls. He was a very good doll doctor.

A: He was losing his memory slowly. And when that happen he start to feel so
frustrated.

A: In this picture, he already show symptoms of the dementia.

A: He has a teddy bear that he loves his teddy bear. He kiss him. And he goes like this and he really shows a lot of sentimental for him. He cannot sleep without the teddy bear.

A: I always when I find that he recognize me a little bit, uh I think that he’s going to recover. And and I keep the hope inside of me that maybe tomorrow when I come back, he’s going to be much better. But it’s very sad because sometimes the next day that I go he’s the same.

A: I told my daughter I’m sorry. I’m going to die in this place. After I die right here you can close or do whatever you want to do. But I want to keep it open. That’s what my husband wanted always.