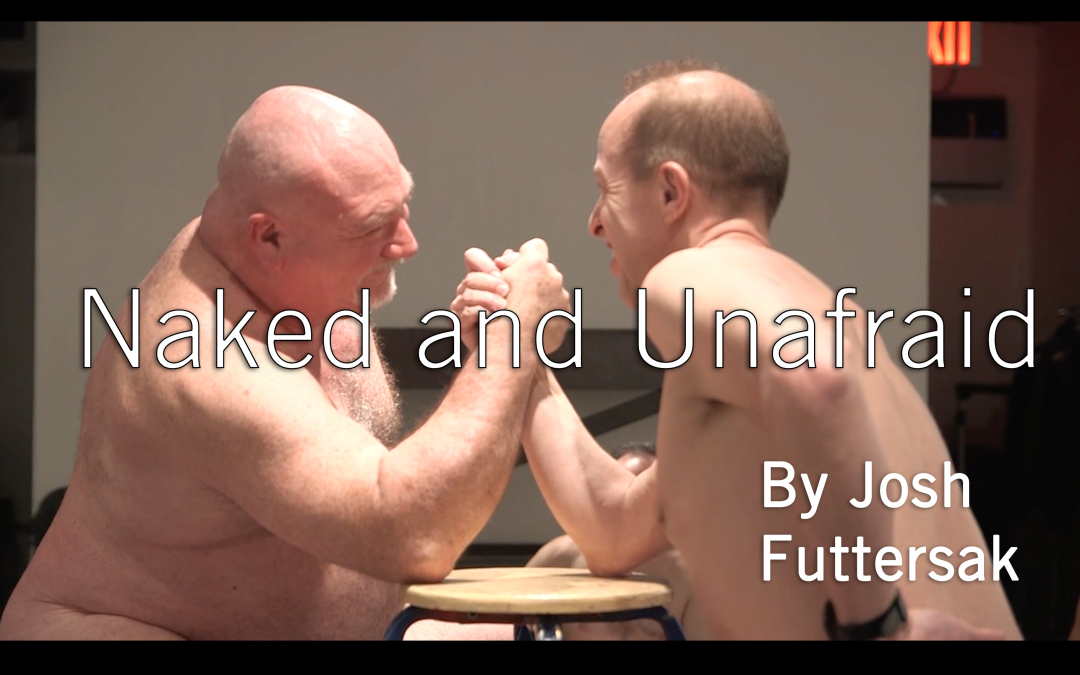 Shungaboy wants to be a star, but even more so, he wants to be naked. As a nudist and nude artist, Shungaboy enjoys painting the male figure. He enjoys it so much that he started a group for it. The Men’s Naked Drawing Group is a group of like-minded nudists who want a place to explore their art without persecution. In a small studio in SoHo, they do just that.

Growing up as a gay man he felt victimized. He never felt like he belonged anywhere. As he grew older he stopped caring what people thought, and it made him feel liberated.

He enjoyed it so much that he started a group for it.

The Men’s Naked Drawing Group is a group of like-minded nudists who want a place to explore their art in freedom.

“The natural body is actually more attractive than the chiseled hunk,” Shungaboy says. That may as well be the motto of the group. In a studio in SoHo, you can be yourself without judgment. The male body comes in all shapes and sizes, and they are all celebrated here.

During most of the month, the members could be anyone. They could be your doctor, your accountant, or even your postman, but every two weeks they get to rediscover their naked selves.

Shungaboy may have a day job. He may be married. You can visit him, but first must go through a strict vetting process. His personal life is a total secret. He simply wants to be remembered as a man who appreciates art and who appreciates nudism. His message is currently resonating with over 300 men who have signed up for the group. Demand is high and Shungaboy is currently considering to expanding to other cities.

“I think we’re at the beginning of some kind of movement,” he said.

Transcript-
[00;00;09;10]
So I started the men’s naked drawing group one year ago, because I wanted to combine my love of nudism, and my passion for nudism, and drawing the male figure.
And we pose for each other to do drawings and paintings of the male figure.
[00;01;00;10]
“When you’re not posing, erections are natural but stroking is not.”
[00;01;05;00]
Our group can help guys with their lack of self-confidence in that we have all ages…from 20 year olds to 80 years old. We have gym bunnies; we have skinny guys…everything in between. And we’ve learned through posing that everybody is sexy.
[00;01;23;27]
The natural body is quite often sexier and hotter than a chiseled hunk and the actual posing activity; you know most of us have never posed before. We don’t have bodies we think are worthy of posing so getting on that model stand is kind of fun.
[00;02;09;14]
I really wanted to develop…”Who is this persona of Shungaboy?”. And being of Japanese descent I used Shunga, which is the erotic art form of 17th century Japan. And it was a one-name…name…like Picasso or Madonna, so I really liked that aspect of it.
[00;02;37;21]
So in my artist statement, I say that I felt persecuted and it was mostly for being persecuted as a gay man. I felt society was really against homosexuality and even within the gay community, as an Asian gay man, I felt discriminated against. So I feel that the thing you are most discriminated against, is kind of the deepest part of your identity or personality.
[00;03;32;11]
But a lot of my art comes from that feeling, so rather than showing what is actually representational, I chose, and I choose to use bright colors.
[00;03;34;05]
They’re not flesh tones and it is really showing the world, as I want to see it, in a very positive way.