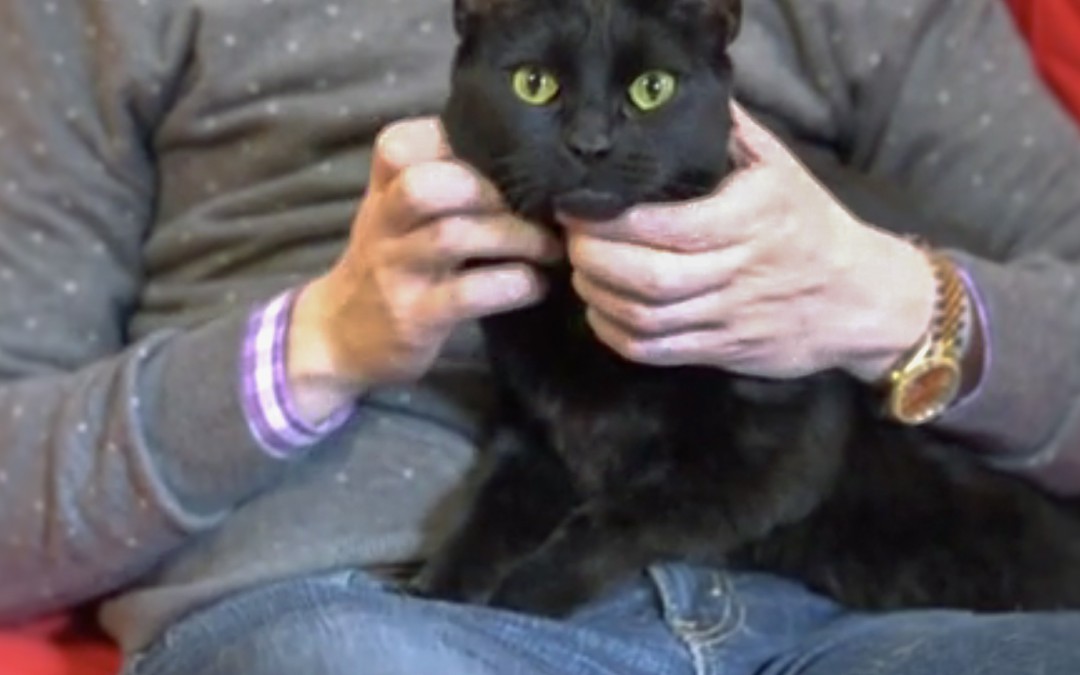 Glassblower extraordinaire Ben Barocas wants the high-end art glass pipes he makes to stand out from the pack. And you certainly can’t miss them – they come in his specialty shape of a cat butt.

Manhattan glassblower Ben Barocas makes glass pipes. But his aren’t the kind of pipes you can pick up for a few bucks in St. Mark’s, or from street vendors in New York’s touristy areas. Instead, his pieces can sell for hundreds, even thousands of dollars, to collectors who can afford to smoke out of the best high-end art glass. One more thing makes Ben’s pipes unique: many of them are shaped like cats’ butts.
How is it possible to sell cat butt bongs for hundreds of dollars? Ben says the growing acceptance of marijuana in this country and the moves to legalize it in some states are great for his business. With more potential buyers in the market, glassblowers like him can cater to a high-end clientele that may not have existed a decade or two ago. For Ben, one of the best things about the job is creating art that doesn’t sit gathering dust on a wall or in a cabinet. His pieces are meant to be used and enjoyed, and he says he likes knowing he can provide that.

5. A documentary about the world of glass pipe-making: degenerateartfilm.com/
A recent news piece about glass pipe business helping to mask marijuana sales:
buzzfeed.com/amandachicagolewis/weed-businesses-cant-put-their-money-in-banks-so-they-put-th#.xuyzdz3Qk
The rising tide of pro-marijuana sentiment:
huffingtonpost.com/2015/03/18/support-marijuana-legalization_n_6895270.html

At the time I was working in my sister’s garage out in Long Island, and her cat went into heat, and by about day three of it wagging its butt in my face, going meow meow meow…I kind of heard what the universe was telling me and I was like, Okay, I got you, I’ll do this.
My name is Ben Barocas, I am a glassblower who specializes in high end, art glass pipes.
There is a timing to it that you can’t run away from, you can’t speed it up, you can’t slow it down. When it’s glowing and it’s melting and it’s moving, it’s gonna tell you what speed it needs, and it’s sort of this, like, process of, you know, keeping it moving. There’s gravity, there’s centrifugal force, there’s heat, there’s air, there’s, you know, it’s fluid, it’s, you know, all of these gigantic elements in the universe.
A lot of pieces of art you’ll see stuck up on a wall, or on a pedestal, or you know, in a case that’s like, not meant to touch, even a lot of sculptures are, you know– have its base, it sits on its base and you don’t move it. Um. Part of the thing that I like about this is that people are gonna move it, they’re gonna touch it, they’re gonna look at it from all the different angles. You know, I make it so… you know, when I’m making it I’m spinning it the whole time, so I can see that every angle is good, and I try to make sure that 360 degrees, it looks awesome.
At first, you know, I didn’t really know what it was about the cat butt thing. You know, for me, it was just really funny. I kind of figured if it was making me laugh, like that’s a good sign for other people too. I thought about it a little more, and I was like, you know what, like, who is this going to connect more with than like the stoner on their couch, with their cat probably on their lap. You know, I was like, I feel like that connects to a certain market that is like, yes, I’ve seen that, I know that, I can connect with this. And they also, you know, enjoy it enough, to be able to buy it and be like, you know what, I’m going to use that because I’m going to look at that and laugh at that every day that I use it.