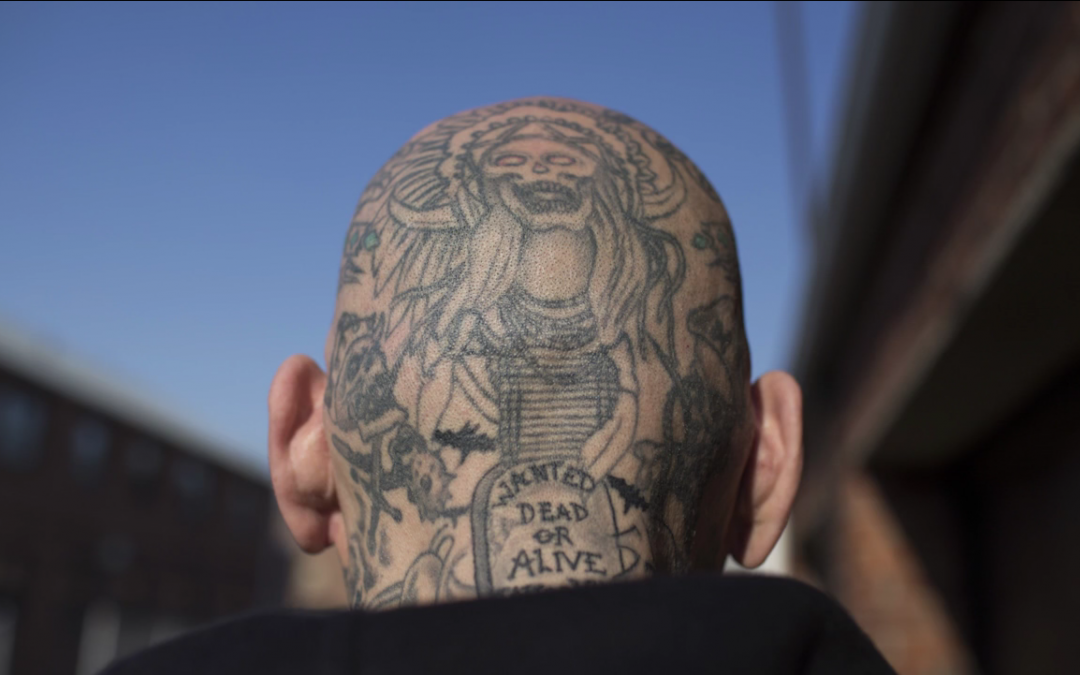 Mike Tattoo isn’t the guy people think he is. He’s covered in ink and loves his motorcycles, but he also spends his days caring round-the-clock for his bed-bound 89-year-old mother in a cramped Howard Beach apartment.

The Rest of the Story

Mike Arotsky, also known as Mike Tattoo, is covered in ink and loves his motorcycles. In past lives he was a body builder and an actor on HBO. At 55 years old, Arotsky now spends his days in a cramped apartment in Howard Beach, Queens, spoon-feeding baby food to his bed-bound, 89-year-old mother.

Arotsky’s mother suffers from Guillain-Barre syndrome, a rare disorder in which the immune system attacks the nerves and eventually paralyzes the body. Arotsky doesn’t trust anyone else to look after his mother and can’t stand the idea of sending her to a nursing home. His brother, who lives in the apartment with Arotsky and their mother, works full-time to support the household.

“Unfortunately, American society is all about me,” Arotsky said. “How can you forget your original family?”

The number of seniors in America is growing rapidly. Approximately 10,000 baby boomers turn 65 each day. By 2030, one-fourth of the U.S. population will be older than 65. Currently, about 1.3 million people live in nursing homes, and the average cost of a private room tops $83,000 annually.

Arotsky has chosen to avoid the assisted care facility system entirely, taking on the burden of elder care himself. That means personal sacrifices; friendships and romantic relationships have taken a backseat to the daily cycle of feeding, cleaning, and old television shows. For Arotsky, having control over and close involvement in his mother’s final years is worth it.

MIKE: Believe it or not, now I’m the least menacing I ever looked. If you went back ten or fifteen years when I was on TV, forget about it. People would, like, drop dead. If I walked into a store and somebody was coming out, they might scream. You know, I was 100 pounds heavier, big beard, I was freaking…big. And people who’ve met me, they’re like (gasp), then they talk to me…

I’ve seen it all with outside help, and I’m not about to find out which are good and which are bad, so I do it all myself.

We’re gonna get up and have some nice supper, right Osh? I’ll make you a nice little bowl of soup. That sound good? And I’ll make something, and we’ll watch Andy Griffith, right? Andy Griffith’s our favorite show.

She was a great mother. She took care of me when I was little. I have great memories. So I do for her like she always did for me.

MIKE: It’s a little bit hard to breathe when you’re eating and the sinuses and everything so the oxygen really helps out a lot for a little while. Right, Osh?

MIKE: When you go back to the old humor from the old days, everything was just nice and clean. Good, clean stuff. You gotta remember it’s old humor, but it’s still really cool. Right, Osh?

MIKE: Nice and easy. Too hot?

MIKE: How do you forget about your original family? Everyone does. The nursing homes are full of them.
I cannot go out and have a good time knowing that I could be taking care of her and that she needs my help.