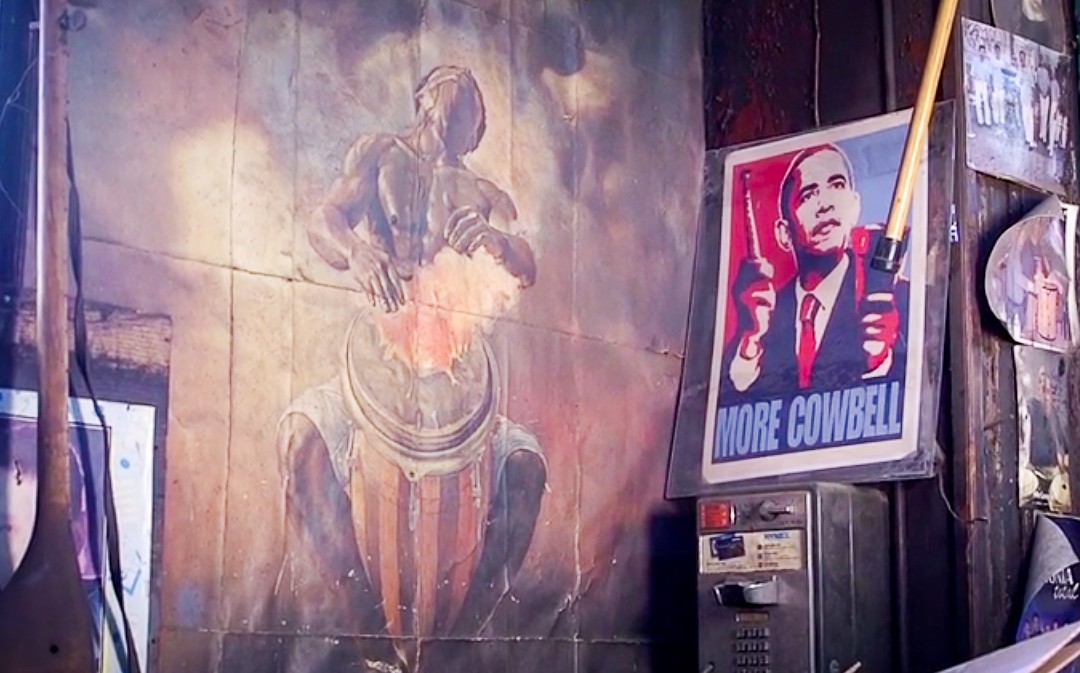 Calixto Rivera: The Bronx’ Cowbell King A look at the man behind Salsa’s beloved cowbell

Calixto Rivera has sourced the world’s most prestigious salsa artists and orchestras with cowbells for over forty years. He spends his days bending and welding metal into instruments at his shop, JCR Percussion in the south Bronx. The non-descript shop named after his cousin Julio and himself sits on the corner of 980 Ogden Avenue and 162nd street. It’s not unusual to run into famous actors and salsa musicians there. His secret? His sound.

“I’m a musician and back then I couldn’t find the sound I was looking for,” Rivera, who is now well into his seventies, said. “So I decided to just make it myself.”

What started out as a solution to a problem quickly became a global phenomenon. Rivera handcrafts cowbells at his small workshop where you can get your ideal pitch custom made to order. He specializes in the production of three bells-the Cha-Cha Bell, the timbale bell and the bongo bell—they vary in size, sound and instrument accompaniment.

Rivera began his business at a time when salsa music started to explode in New York. Cowbells were in high demand, but not so much for farms or cows. Salsa musicians were the first to “want more cowbell”—a phrase made popular by Will Ferrell’s Saturday Night Live skit in 2000—to give their music a certain swing, and sabor or flavor that was necessary to actually make this music.

While the Salsa music scene has been on the decline in New York the need for more cowbell has not. Rivera puts in a five-day workweek and with the help of Lilly, his wife of 40 years, and Greg Askew, his apprentice of five years, Rivera produces orders of up to 200 cowbells per week. His biggest client is Guitar Center, and people place orders from countries all over the world—including Japan.
According to Guitar Center competing cowbells in the market are manufactured in bulk at factories. Rivera is proud to say that he’s the only one still making them by hand.

This is what you call a hand bell, a Bongo Bell.
My father used to make guitars, and I used to watch my father making the guitars and I say well maybe one day i’m gonna have my own shop but instead I started making bells:
I’m his wife for 40 years.
All the big orchestras, they all come here, and also, all the local bands as well, they come and buy the bells. The day that Andy Garcia showed up, thats my best memory. Yes I was here all by myself my husband was back there and he came like I don’t know, I couldn’t see his face cuz he was all covered and I said Oh my god they’re gonna rob here. And then he came in and said no, no, it’s me. Every time he’s in New York doing some film or anything, he comes here. He passes hours here, getting dirty.
It’s different because when they go to the store they just get the bell. And thats the bell you’re gonna get. Over here they come and they pass hours testing bells and they see which one they like. And if they don’t like it they’ll tell Cali and Cali will make it right there for them.
Because, this is his shop. He loves this. Cali this is his thing, he’ll get up in the morning and what he says is lets go to the shop you know. This is his hobby lets call it.
We come here 9:30, 10. And if we see we have something to do we stay here until 4:30, 5. If not hey, we go home.
Me: For how long has this shop been around
Lily: For about 40 years
Me: do you love what you do?
Cali: Well you can imagine how many years I’ve been doing this. So quiere decir que, you have to love it.
Me: What’s gonna happen with the shop?
Lilly: Well the shop it will be history. I hope a good one.