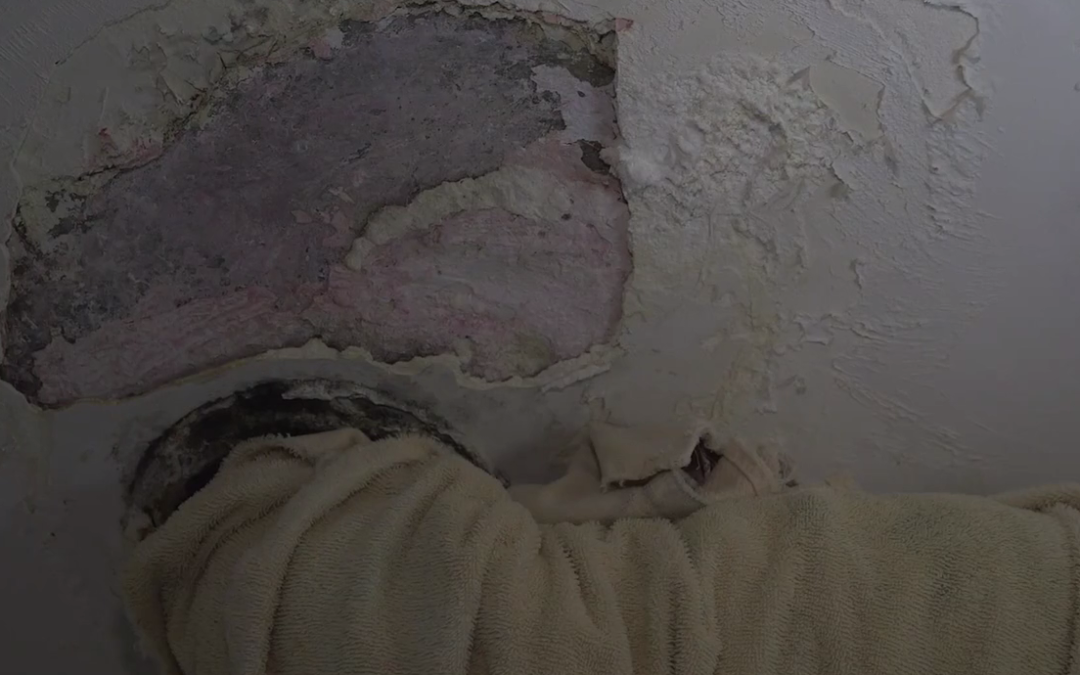 Linden Houses has been at the center of controversy surrounding lead poisoning and mold infestations in NYCHA buildings. Residents have found mold in their bathroom and hallway ceilings, chipped paint in the hallways and holes in their walls that have not been repaired by NYCHA management.

Frances Ocasio, 70, lives on 250 Wortman Ave in apartment 8A. She is one of several residents of Linden Houses, a New York City Housing Authority complex that has been reported to be on the list of public housing apartments throughout the five boroughs that contains high levels of mold infestation and lead poisoning.

Ocasio has been living in Linden Houses for over 20 years. She says that in addition to the deplorable conditions of the hallways and the hole in her closet that was never repaired, she has gotten sick from not having heat during the winter.

George Faulk, 70, also lives in the building in apartment 8G. He complains about not having any heat during the winter as well and has also found mold on the ceiling of his closet. Ethelia Shannon, 49, lives on 195 Cozine Avenue in apartment 1B. She has called NYCHA’s hotline numerous times in the past five years about a mold infestation in her bathroom and a leak in her living room ceiling. She says that they still have not come to get rid of the mold or repair the leak in her living room.

This story is newsworthy because NYCHA is currently under investigation by the federal government for unhealthy living conditions in their apartments. In March, U.S. Attorney Preet Bharara demanded that the health department release records about the conditions after a young boy from Linden Houses proved to have high levels of lead poisoning in his system.

When I first moved in here, it was beautiful.

00:16) I got, you know, nieces and nephews. They come with their babies.
They like to go all around and they play hide and seek in the house and they go in there but I say, “No, you can’t go play down in the closet because I got a hole in there.” I don’t know if that plaster is coming out or whatever.

00:59) Since I moved in here, I started getting sick. Now I suffer from muscle spasms with arthritis from my neck down. If I know how to pay my rent on time, yall should know how to do yall job and get the qualifications here.

1:38) I got some windows so cloudy, you can’t even see through them. They keep saying, “Well, we are going to send somebody, send somebody.” Nobody never came.
After a while, you just get disgusted.

2:04) I’ve lived in this complex most of my life.
My children were raised in this apartment, you know, when they were younger. It has not changed.
We are inhaling this.