Bonds of Friendship by Suzanna Masih 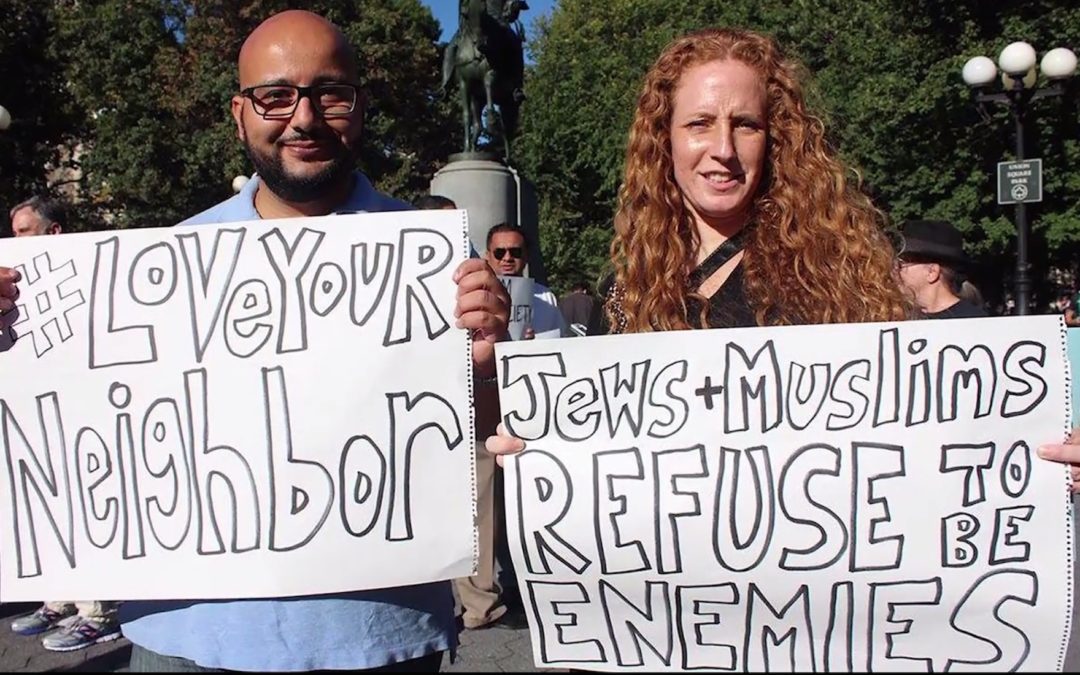 Nabil Ezzarhouni and Michelle Koch took over the newly-formed NYC Muslim-Jewish Solidarity Committee from the Foundation of Ethic Understanding in 2015.

Their aim was to bring together people from different cultures and give them an opportunity to interact in an informal setting and learn about each other in order to dispel misperceptions and form lasting friendships.

In the short time since launching the committee, Ezzarhouni and Koch along with two other core members, have planned and organized a variety of interfaith cultural exchange events in several worship places in the city, from Ramadan celebration in a synagogue to Hanukkah in a mosque and recently Passover in a mosque. In May, the committee will be hosting a panel discussion on standing up to hate.

The group says the feedback from people interested in participating in their events has been phenomenal. “People text me and ask me what else are you planning. It’s really amazing because you open the news and you think that everybody just hates each other. But I know people who really really want to see change,” Koch said.

The group recently acquired nonprofit status and is in the process of fundraising for more social events.

Nabil: I grew up as a minority because Muslim people are not the majority in France.

Nabil: For many years I felt that not being a part of the majority was a handicap … But I just realized that it’s a chance because I made much more effort to understand the other

Michelle: I started looking into getting involved after the last Gaza War.
I grew up in Israel so the conflict in Israel was always something personal to me and I felt at that point that I haven’t been doing anything and I need to be involved in something, somehow and that’s the group that I found.

Michelle: The committee is about bridging and dialogue. We really wanna bring to the table people from different communities and different perspectives and give them an opportunity to feel comfortable to talk to each other and learn about each other

Nabil: One of the goals is to fight anti-Semitism and Islamophobia and that’s what we have been doing for one year… to create social events so there is a connection. We don’t expect people to agree but at least have a discussion, to socialize.

Michelle: The first event that we planned together was actually an iftar which was hosted by a synagogue and I didn’t expect 200 people to suddenly say that they are coming and it was a little overwhelming at the beginning. We were a little scrared in the beginning. It turned out to be great and it really really encouraged us to keep going.

Michelle: Then we did Hanukkah in a mosque

Michelle: And now we’re gonna do Passover in a mosque … so that’s gonna be exciting

*Nat sound*
Rabbi Allison Tick Brill: What a joy to be here at the Islamic Center of Mid Manhattan to celebrate Passover

Woman: How long has the mosque been here?
Mosque Imam (prayer leader): About 20 years.
Woman: It’s beautiful. The entrance just transports you. Really, really beautiful. Thank you for hosting us.