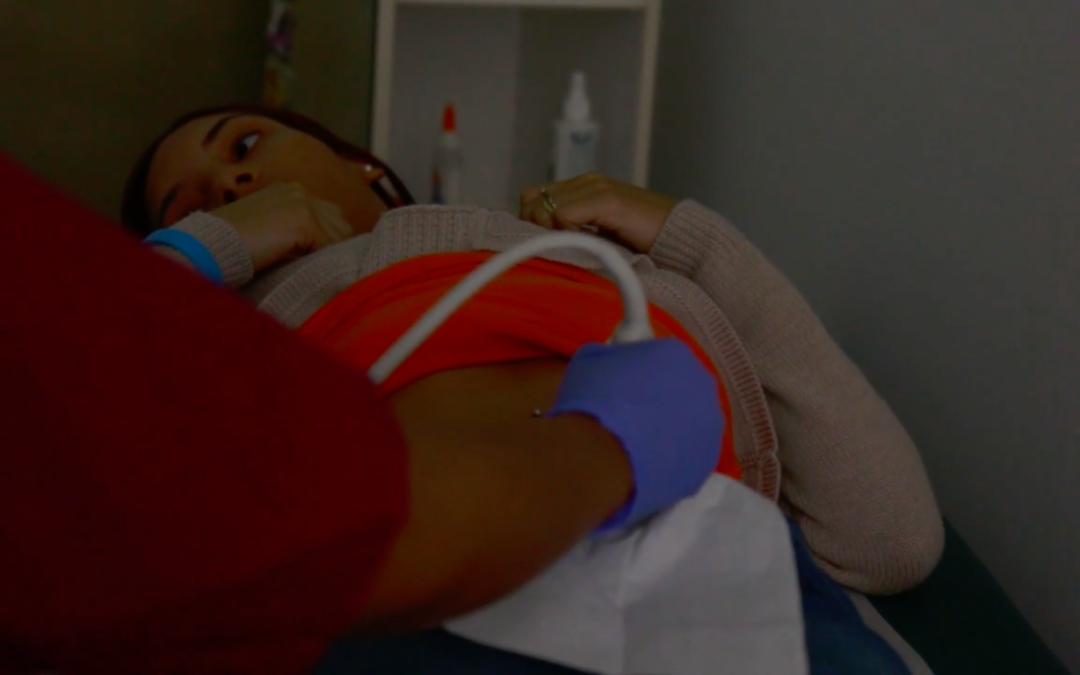 Trump and Clinton haven’t even started debating, but the ever-divisive issue of abortion is sure to be a topic of contention. So what makes Yasmin Neil, a registered Democrat and Bronx girl, break ranks and work at a “pro-life” crisis pregnancy center? This short film is an attempt to answer that question.

Learn More
Yasmin Neil, 24, a Bronx girl with a troubled past turns to making a different kind of trouble: side-walk counseling women as they enter abortion clinics. Whether met with anger and threats or hope and follow-up questions she is single-minded in her conviction that she is doing the right thing.
Yasmin offers a glimpse into the work done at Expectant Mother Care (EMC), a network of “crisis pregnancy centers” in the South Bronx, Queens, Brooklyn and Jersey City. EMC offices are never far from abortion clinics; in one case it is several floors above Planned Parenthood.
The underlying conflict for Yasmin, however, is not about mending an ideologically-polarized America suffering through the tumult of an election year, but how she can communicate effectively to the women and girls whose crises may extend much further than an unplanned pregnancy. She listens to women from all walks of life pour their hearts out.
Motivations vary: One woman sought to cover up an affair fearing her husband’s retribution; another had six mouths to feed at home and did not want another.
While the counseling sessions could not be filmed, the first-person narrative presents a young woman with a choice that continues to haunt: Why did she say yes to this job of little pay and which exacts a severe emotional toll? While viewers may not agree with her, they may be struck by her character: a melding of gentleness and fortitude. One can only hope that she will bring comfort to the women in her care.
Transcript:
I’m an intern at EMC and I do side walk counseling and office counseling for ah pregnant women who are in crisis. On Wednesdays I usually go to one of the clinics um one of them’s called Choices and um well there’s various ones in New York City. But I usually go to the clinic in the morning from 8-11 and then I do sidewalk counseling um sometimes I would pray um depending on who is doing sidewalk counseling or where I am.Woman Confronting Protesters:
I had two abortions and I’m so happy. God bless Planned Parenthood.
So yeah um I do sidewalk counseling and try to counsel the women on the sidewalks before they enter into the abortion clinic. Then I will go to my office and do office counseling. I actually interacted with a few women ah two who were in the abortion mill, in front of the abortion clinic. Ah um one of them was contemplating if she should or should not have an abortion she’s at..she’s been, I think it was like several weeks that she’s been thinking about doing it. And I was just talking to her about the procedure and about the process. What would happen during the procedure and how it will affect her after. Um she was still undecided, but she wanted to go in and she said that she would come if she changed her mind. When I was explaining to her the abortion procedure because they don’t really explain it to them her eyes just grew big and she said ohmygosh, but she still still decided to go in. I get the courage to do this, um, through God ah because he’s the only one who could equip me. I pray every morning. Ah to make sure that one, I have the compassion that I need for these women because they’re coming in with so many different issues. Two, that ya know I’ll be careful what I say that I won’t get my emotions my thoughts mixed in. And um two, ah I mean three just seeing how much of…of an impact the knowledge that I know that I can share with them and the impact that it can have on their lives.
Yasmin talking with co-workers:
That’s when you know. If we’re in the office for more than an hour, you know that we’re talking about stuff. It’s either going good or going bad or just a mixture
Christina (Co-worker):
It doesn’t matter if it’s going bad because ya know..
Yasmin:
It’s amazing how they come in here and just pour out their whole entire life.
All of that encourages me when I see that ya know that they don’t go through with it or that they truly see ya know that ohmygosh I really don’t want to have this abortion like thank you for talking to me, caring for me and sharing all these things.