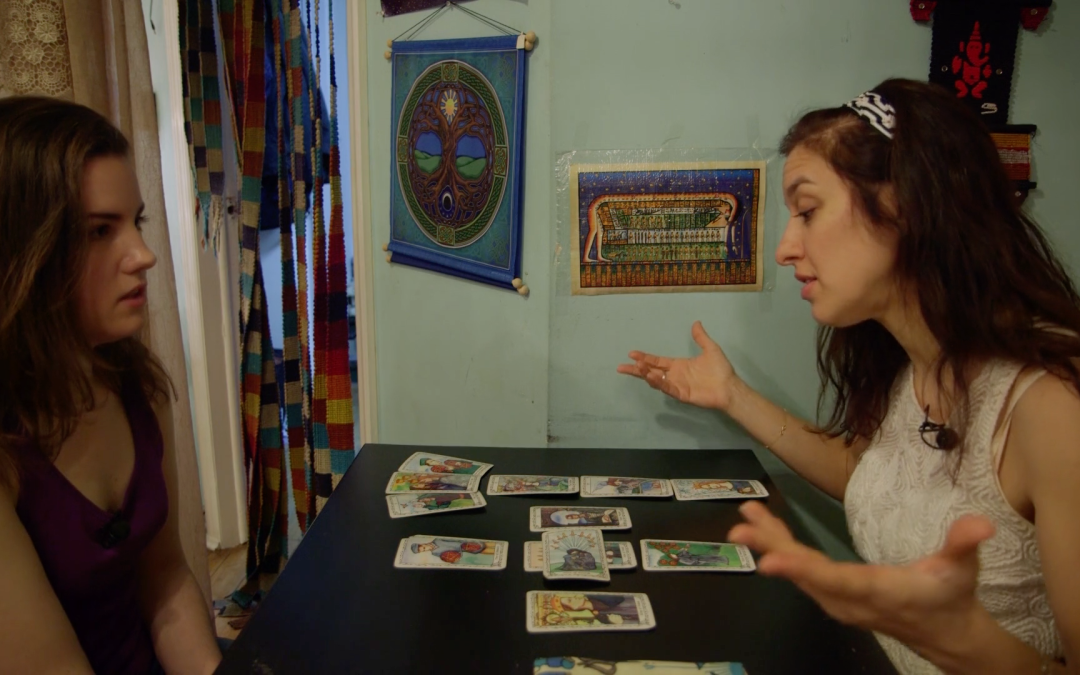 Veronica Moya is an intuitive consultant who uses tarot cards to give readings. Originally from Argentina, Moya moved to New York 15 years ago in search of a career on Broadway. Instead, she’s created a varied career. In this video, Moya discusses her relationship with her tarot cards and profession.
Veronica Moya came to the US 15 years ago with aspirations of becoming a Broadway actress.

Originally from Argentina, Moya says she’d spent years shelling out money for classes and headshots but always seemed to hit a wall with acting. Then one day while waiting to audition for a role she picked up a copy of Wisdom Magazine, the country’s largest holistic publication, and spotted an ad for a psychic development class. From there she says it all snowballed. She began taking classes, volunteering and giving readings.

Moya, an intuitive consultant, says she gives advice to the people who come to see her based on what she picks up intuitively rather than rationally. “We have intuition or gut feeling or whatever and depending on the person they’re going to use it differently as well. They’re either going to pay more attention to it or less. In my personal experience, because of the way that I manifested in this plain, I came to this earth in general I always used it a lot, I rely on that more than I rely on my intellect,” she said.

“Somebody told me that you will never be an actress. It was awful – I hated him, but he was right,” said Moya.