Take Over the World by Zachary Wasser 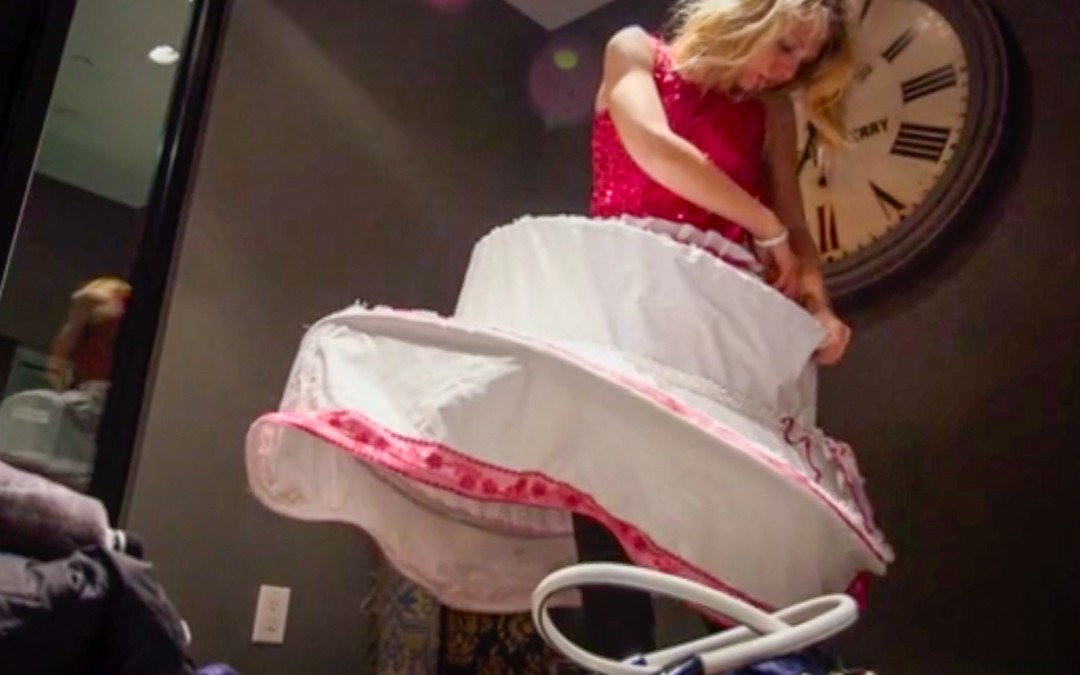 April Brucker is a singing telegram performer who is hired to wear crazy costumes, go into people’s houses, sing a song and make people laugh. Brucker plans to use her comedic and singing talents to take over the world.

April Brucker is a 30-year-old woman from Pittsburgh who works as a singing telegramer. Brucker says that, much to her mother’s chagrin, she was born to be a performer. Brucker started working as a singing telegramer after graduating from NYU eight years ago. At the time, she couldn’t hold a job, she was miserable and she wanted to find a career where she could use her training as an actor and singer. One night, after she’d given up on life, she was watching the movie “Beaches.” She was inspired by Bette Midler failing in her Bunny suit, so she Googled singing telegram NYC and was performing her first telegram the next day. Brucker is convinced that she will use her talents as a singer and comedian to take over the world. She believes that music and comedy can unite the world, so she says it will be pretty easy for her to take over the world. She also said that with the proliferation of the internet, Youtube clips of her singing telegrams will race around the world and create a fanbase the likes of which humankind has never seen. Brucker’s path toward world domination is both absurd and absurdly believable — she believes instant, unparalleled internet fame is just around the corner. And if a blue dress can set the world on fire, then a woman from Pittsburgh in a pink gorilla suit singing showtunes seems capable of getting her 15 minutes, too.

I’ve caught on fire, I was almost sold into white slavery, I accidentally violated a restraining order, I was almost arrested for accidentally impersonating an officer, I stripped in an office where I didn’t have clearance to do because they thought that I did, I was chased out of a house, so I’ve just run the gamut of adventures.

I feel like I want to do this telegram. And I wanna give this girl a helluva show. I’m rehearsing my routine in my head as we speak.

How will I take over the world? Well, I’ve already written my book. And then in high school, I had a television program on public access TV where I read bedtime stories to children.

And I was part of the public television library in South Korea. So I believe that I’m on my way to taking over the world.

Hey I’m the surprise for Stephanie. I am here, I just need to change real quick.

Fucking nights for my fucking zipper to do this.

Ok, oh god, what is with this fucking cake? Yea, yea could someone help me with my zipper?

And everybody thinks that when somebody says world domination, they sound crazy, that it’s bad, no, I want to make the world a better place… I want to dominate the world with love.

And there are times that I wish this wasn’t my calling. but the thing is is that, in the end, this keeps calling me back.

Happy birthday, and many more!