Hopes Up by Ana Rodriguez 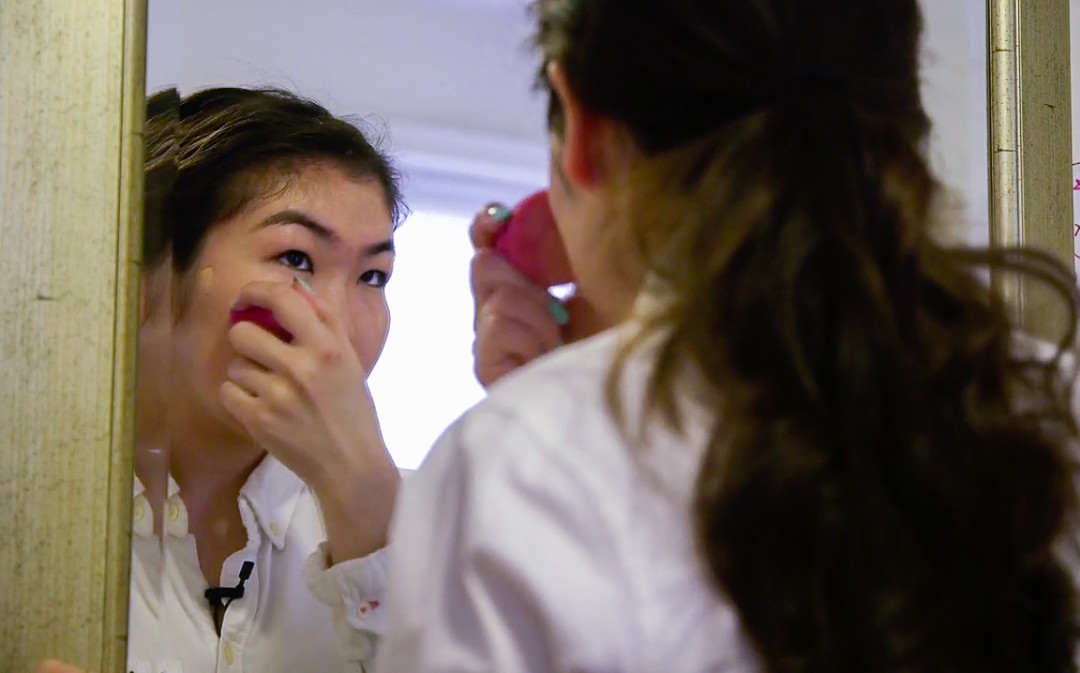 A Russian high school girl awaits for her final asylum hearing that will determine her future.

Elza Kochueva, a russian a high school senior girl, is not like any other Russian. She is one of the many Mongolian descendants in Russia, she speaks Russian, thinks Russian but looks Asian. Because of her look and her Buddhists believes, Elza and her family were discriminated and abused while in Russia. They came to the USA looking for the dream of freedom and opportunities. Elza is looking forward to start law school at John J this coming Fall, but she fears that her dreams of becoming a lawyer and fighting for a more fair world might get ruined. The family has been waiting for 3 years to have their asylum application approved, and their final hearing is approaching soon. They are afraid that their asylum will not get approved because in the last couple of years the Department of Homeland Security has decreased Russian asylum approvals for more than 500%. And for this family everything depends on this date, April 17th.

Text:
Russia has more than 180 ethnic groups.
But these Russians get beaten for looking different.
Many move to the U.S. seeking political asylum.
I’m very nervous because on this date your whole future depends on and I never had like that experience before.
MUSIC/TITLE: HOPES UP
NAT SOUND: FAMILY PRAYING
If they’d tell us to leave the country I can not imagine living in Russia right now.
If they’d say yes then I can go to college and I can get financial aid and I can travel to India the home of Buddhism .
NAT SOUND: ELZA TALKING TO MOM
One day when I was walking with my dad a group of people approached us and they realized we look different from Russians, that we look Asians, and they just beaten up my dad.
They said that Russia is for Russian people, and you don’t deserve to be here. And when the police came they are like you should drop the case we are not gonna make a new file for this, not for you, you don’t have this right.
If I would go back to Russia ….where do we go if our home is in America?
We did not apply for asylum during our first year as the law requires. Since we didn’t do that within the first year it takes like forever now.
When I came to America I realized that racism is not like what people get on usual basis and in Russia it was part of my routine day.
If somebody else from another country ask me I would say yes I’m American. And it definitely feels happier and prouder than saying I’m Russian.
NAT SOUND: DAD OPENING WINDOW
NAT SOUND: family having dinner [speaking in Russian]
Dad: [speaking in Russian] I’m not worried, I’m not nervous because I’m buddhist. Buddhist supposed to believe in destiny. What happens it happens, whatever is supposed to happen, it will happen.
My dad told me yesterday that there would be 3 options for us: one would be asylum, the second one would be withholding of removal, when you stay in the country but you can not have any benefits of regular citizen and the third option is deportation to Russia.
The judge decided to delay our case until november.
It means that I need to get more hopes up, and everything that I was hoping for is just going to delay for some time.
I think that I can change other people’s life so they don’t have to make the same mistake as we did.
I would help them because other people helped me, and in our religion they teach us if somebody gives you something we should do something in return to them.