All in the Family by Patrick Donachie 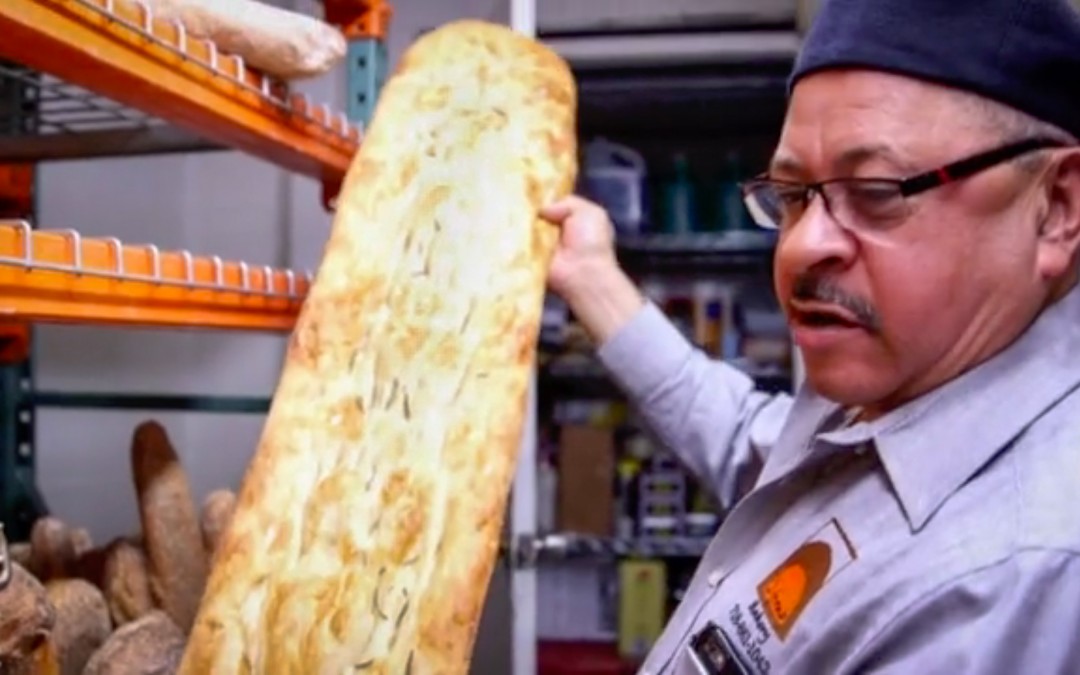 Ramón Eduardo founded Il Forno Bakery ten years ago, and daughter Jenny co-manages the bakery with her father. Ramón’s son, Ramón, Jr., pitches in as well. The three reveal the challenges of their industry and the difficulties of maintaining a family business.

Ramón Eduardo founded Il Forno Bakery in the Hunts Point neighborhood in the Bronx in 2005, and it’s surpassed the ten-year mark with its share of triumphs and challenges. Each morning, beginning at 7 a.m., the first employees arrive to prepare the bakery for the day. The work goes round the clock until the last delivery truck leaves the facility at four the following morning.

Ramón runs the bakery with the help of his daughter and co-manager Jenny, as well as his sons. Jenny believes that the bakery and the surrounding community is unknown and undervalued by the city. Il Forno Bakery supplies bread to more than 350 restaurants, many of which are in Manhattan.

Despite the challenges, Jenny sees the bakery as a foundation for her future, and wants to build upon the work her father has begun. But Ramón worries that his children are not hungry enough to chase the success he’s fought for, and wonders if coming to the country from abroad engenders a more driven and determined work ethic than those who are born and raised here. Ramón, Jr., the youngest member of the family, is proud of his family’s accomplishments, and he sees the results for himself in restaurants around the city.

The give and take of family relationships is set against the bustle of a thriving business in Hunts Point. As the neighborhood receives greater attention for its many industries, the video offers a look at the complex dynamics behind one of its most popular businesses.

Jenny: The bakery will be ten years this Saturday. You know, you can only live so long on Chef Boyardee or, or canned goods until you say I need to go get real food. And this is where it’s at.

TITLE CARD #2: The bakery supplies bread to more than 350 customers, many of them in Manhattan.

Jenny: You can go to Whole Foods and you can go to your Trader Joe’s in the city, and you know, you think this just magically appeared here. No, this was shipped from somewhere. A lot of the places in Manhattan are getting produce and meat and fish and bread and all sorts of things from here.

As tough as it can be, it’s the most rewarding thing when you can say you work for, you know, your family and what you’re building is for your own future.

Jenny: We try to work closely together so that it’s seamless, but of course, working with family is never seamless.

Ramón: (chuckles) They always think they know everything.

Jenny: He gets to do the fun things like visit customers and go on trips.

Ramón: You know, they think they know everything. They don’t know anything. Uh, sometimes it’s easier for an immigrant here to, to make a living than people who are born and raised here because they…when we come from other countries or islands, uh, uh, we’re very hungry. People born and raised here, they’re not hungry.

I’ve seen, I’ve seen my own children…they never suffered anything like I did. They have it all.

TITLE CARD #3: Ramón, Jr., the youngest of the family, also works at the bakery on weekends.

Ramón, Jr.: I actually went to, um, one of the restaurants we serve to about…last Saturday, and on the menu it said, bread by, you know, Il Forno Bakery. And I was just like, I looked around and was just like, wow, all these people are eating, you know, the bread of the company my father started. So, that’s amazing.