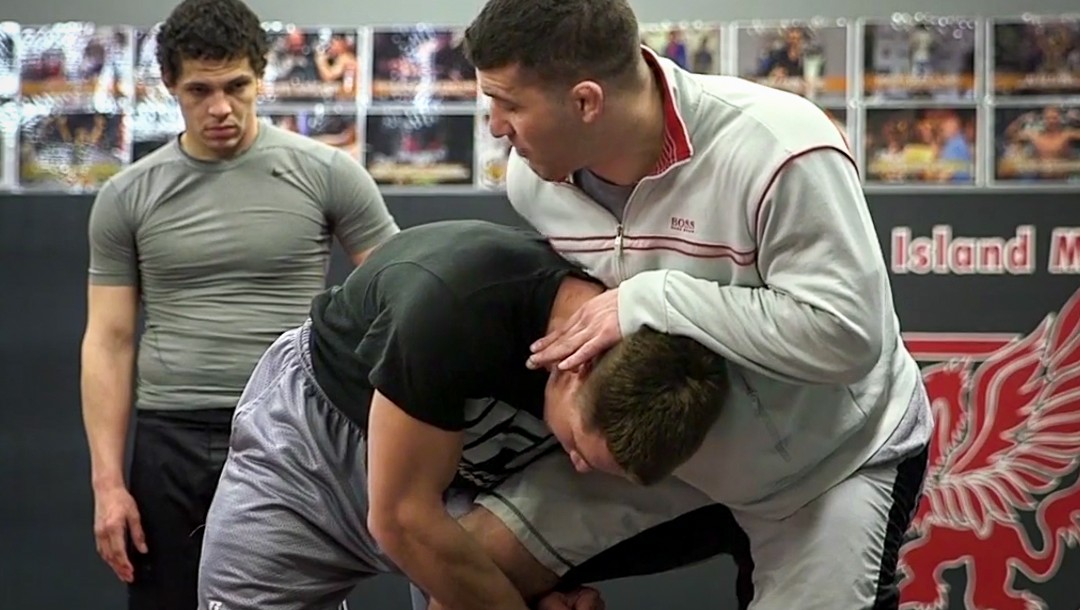 Danny O’Chart,25, wants to be an MMA fighter. With a 3-0 amateur record, he’s well on his way to breaking into one of the nation’s many professional promotions and fight in every state, except his own.
New York is the only state that bans professional MMA. In place since 1997, the legislation was a response to the brutal, no-holds-bar fighting that catapulted the sport’s popularity and concern of legislators.
13 years after the ban, advocates say the sport’s changed—its consolidated under the Ultimate Fighting Championship (UFC), which regulates and monitors fights, introduced stringent health regulations, and fighting reforms promotions—but for New York, nothing has. Advocates hope this year the state will legalize professional MMA.
For fighters like O’Chart, MMA is a sport that has defined his life.
“Once I got my black belt I started doing kickboxing fights –it basically stemmed from there,’ said O’Chart. ‘I wanted to do MMA. I moved from my karate place to an MMA place and now I do my thing here. I love MMA.”
The ban hasn’t hampered the development of the sport in New York. The state boasts two UFC champions and a number of amateur promotions.
For O’Chart, the sport’s popularity is undeniable.
“Chris Weidman, who’s from my town Baldwin, when he just fights everyone is together and a acts like they’re his best friend. I can only image if he could fight in Madison Square Garden, the whole town would be gone.”

Danny)
I tried going the working route and I was like miserable.
I love MMA. I Love the grappling aspect of it. Standup was fun but I like putting it all together.
I think it should be legal as soon as possible.
No one else is training three times a day, no one else is getting punched and kicked and choked out and tapped out. MMA fighters are the hardest working athletes that there are in the entire world.
I feel like New York is known for like being a little bit aggressive, so everybody wants to be a fighter nowadays, everyone is watching the UFC.
There are so many champions out of New York now. Chris Wideman’s out of New York, Jon Jones lived in upstate New York. If they were to have, if either one of them would fight in Madison Square Garden that would sell out in 15 minutes.
(Dana White (President of the UFC))
We love you New York, and hopefully, hopefully, hopefully very soon. Listen, what’s happened over the last how many years is fucking insane that we’re not here already. I can’t see it not happening. I just can’t see it not happening
(Brian) In the mid-90’s it was definitely a little more brutal. There was hair pulling at one point
(Announcer) Cathy, what do you think? Let’s go to the—woah.
(Cathy): I think we’re missing teeth there.
(Brian) knowledge is what changed.
It used to be about being big touch and strong, it’s not about being that as much. There’s more of an emphasis placed on the technique now and I think we know what we’re doing now.
(Sara)
other states they usually have pro-medical for amateur MMA and in new York they don’t for a lot of promotions, so like people in New Jersey are always talking about how bad it is here for the fights. We get called a joke a lot.
(Danny)
Even though I shouldn’t be embarrassed, it’s embarrassing when you lose in front of all of these people who just paid to watch you win, so it just gives you that extra motivation to go out there and like do you thing and do it well.
It makes it hard to have any fun outside of the ring, but honestly this what I have the most fun doing.
(Danny)
I don’t have, nothing will make me stop doing this, as long as I keep having the support and I can physically still do it. I’ll fight until I’m 50 years old if I can.