One Hair at the Time by Andrea González-Ramírez 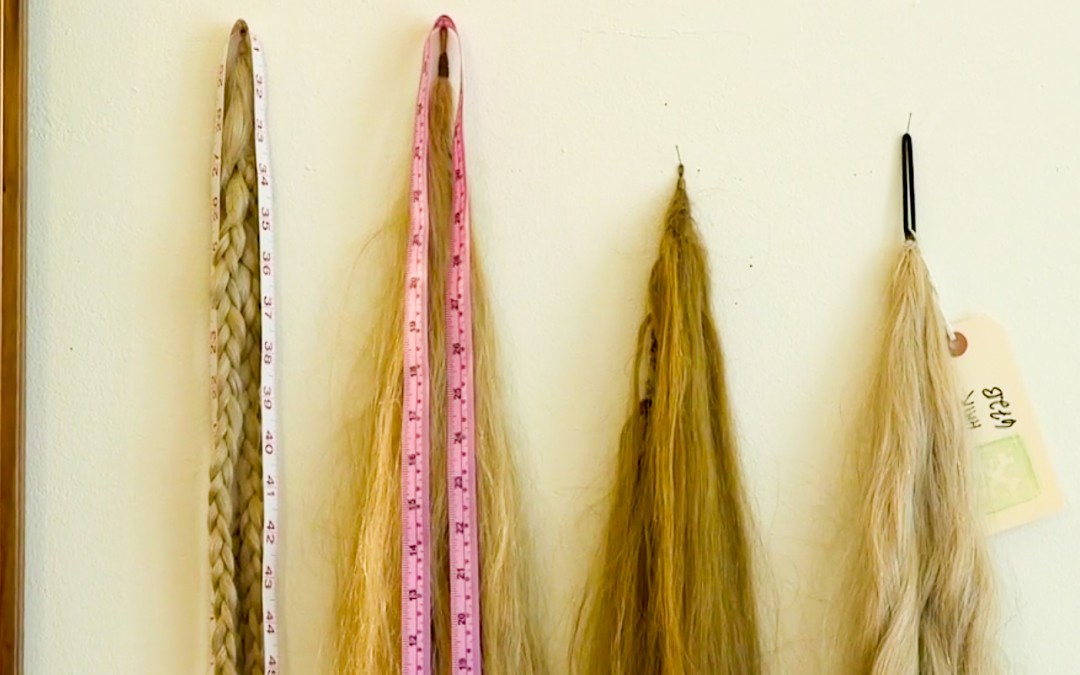 Meet Amanda Miller, a wigmaker and entrepreneur who’s taking New York City by storm. Her work has been featured in Broadway, the MET, TV shows such as SNL and The Good Wife and films like The Wolf of Wall Street and American Hustle.

A woman, a teacher, a mother, an entrepreneur, an artist— Amanda Miller has done it all. From working on Broadway and the Metropolitan Opera to television shows such as Saturday Night Life, Rescue Me and The Good Wife to working on films including Oscar nominated pictures The Wolf of Wall Street, American Hustle and Inside Llewyn Davis, she’s been called by the entertainment community “a rock star.” But, Amanda is not in the spotlight: her wigs are. From armpit hair, toupees, mustaches to creative and beautiful, long locks, Amanda has created wigs and therefore, characters, for the last seventeen years. Today, Amanda not only is working with the stars: for many people, she is actually one.
When she was an undergraduate at the University of Michigan, Amanda discovered wig making. She fell in love with and after interning and touring with different companies as a wigmaker, she moved to New York City after graduation. Her stints in Broadway and The Metropolitan Opera paved the road for her work in television and film. Eventually, she was able to open her own business. For Amanda being talented is not all: having vision, being fast and being discreet are key. “In my line of business, discretion is of utmost importance,” she said.
As she keeps teaching wig-making students and making a name for herself in the entertainment world, Amanda has more dreams to achieve: a bigger business, her own wig-making factory, and more productions to work in. She is getting there, one hair at the time.

I’ve done armpit hair, I’ve done chest hair, I’ve done really interesting eyebrows. When you say wigs, it’s all the hair in the body. Movie magic. Lots of special effects. You wouldn’t know it was a wig, you wouldn’t know. I’m a wigmaker, hairstylist and makeup artist. I discovered it in college. I didn’t even know it existed. I was in the School of Music and I met a wig and makeup artist there. And it sort of opened the world to me. It’s a really small community, wig making. So if you’ve the skills, you can pretty much get put to work right away. And you can start with sort of under-the-table, per-piece job when you make a pair of sideburns and you get paid a little bit of cash, you know. People are always looking for extras. I worked for a wig-master for ten years. With him I started working at the Metropolitan Opera. And I was there for seven years. And during that time, I started my own business on the side as well. I developed a line of facial hair that I had made in Europe and I was able to offer. It’s all hand-tied and a mix of blended hair, which is a nice, a little bit higher level in quality than you can get just shopping in a beauty supply or an online makeup suppliers. A normal moustache could take me three hours to make; a beard could take me three days. So, in order to answer the demand of a text in the morning saying “What do you have in stock for sideburns or moustache for us today for a background?” I developed that line. From that, I decided to develop a line of hairpieces, which are made in New Jersey. They are based on these old antique hair-switches from the Met that I swiped. And they’re hairpieces that are meant to be used on set and for red carpet events. Some days when I just have had a run of a lot of television and film and some, you know, big egos and personalities that are hard to please to step into a student room – whether I’m working with students wigmakers or students wearing wigs and makeup for the first time on stage – it just… They are full of life and it reminds me how exciting what we do is. To be able to put on a wig and help with their character, all of their excitement and enthusiasm is really, really thrilling. And is great to share my craft that way, and remind me how much about the craft I love.